AN AWESOME AND RELAXING 3-DAYS TOUR IN THE TRADITIONAL MARAMURES

This private three days Discover Maramures tour is the perfect option if you don’t have more time to visit the whole of Romania and you want to discover the most traditional part of Romania.

Maramures is the place where time stands still. It is one of the few places in Romania and Europe where the old customs are still kept alive.

Book this Discover Maramures Tour for the best experience in Romania and for taking your holiday to the next level!

The tour can be personalised according to your time and points of interest.

Your Discover Maramures tour will start with a flight to Maramures International Airport at 7:10 in the morning. We will make your transport to the airport from the hotel in Bucharest. In the airport you will be greeted by your certified English-speaking tourist guide in this splendid and remote region named Maramures (The Land of Wood). Due to the relative isolation of their land, the people of Maramures developed a particularly strong community with a unique personality, traditions, culture and lifestyle unspoiled for centuries that you will see in the next 3 days.
The Discover Maramures Tour will start with your visit the village of Sapanta. On the road to Sapanta you will see one of the most reach and beautiful commune of Romania, Certeze commune. Sapanta is known for the world famous Merry Cemetery. Here each wood cross carries a funny epitaph about the person’s life. Next, take a view of what is the tallest wooden structure in the world in this moment, Sapanta Peri monastery. Later, visit the colourful fruit and vegetable market in the town’s open-air market. After this, we will visit the Memorial of the Victims of Communism and of the Resistance, which is a former political prison in the communist times. Alongside Auschwitz-Birkenau Memorial and Battle of Normandy Memorial, this is one of the main memorial sites of Europe.
Next is the house of Nobel Prize Winner, Elie Wiesel who was born in this Romanian town.
We continue our tour along the picturesque Iza River Valley – an excellent opportunity to witness daily life in this corner of Romania. First, we will stop to visit a wooden church that is in UNESCO World Heritage Sites in Barsana village, where we will visit a famous master carver in his own workshop too. He represented Romania at the 1999 Smithsonian World Folk Festival in Washington, DC, famous for the wonderfully carved wooden gates. Next is the exquisite Barsana Monastery, an example of Maramures wooden church architecture at its best.
In the village of Dragomiresti we will visit the unique local museum located in a 300-year old home. You will be accommodate in a guesthouse located in the Upper Viseu village area in a double room with dinner and breakfast included.
2

In the morning you will go for an amazing adventure, you will have a half day ride on the narrow gauge railway with a steam powered train engine. This train is known as “Mocanița” loved by both the tourists and the rail enthusiasts. For 6 hours during this trip, you will enjoy the beauty and the wilderness of the northern Romanian Carpathian Mountains. On the trip you will have a picnic break.
Next, you will have an exclusive walking tour of a traditional Maramuresan village including an icon-glass workshop – where you will learn about the technique too, the local traditional plum brandy distillery and a natural whirlpool still used by the local women to wash the carpets and the blankets.
In the evening enjoy the home hosted dinner with the traditional home-made plum brandy, this helps the people to get deeper into the local culture faster, with an exclusively organized Maramures folklore show at the accommodation place.
3

After the breakfast, we continue our Discover Maramures tour continue with two UNESCO World Heritage Sites, first Budesti Wooden Church, finished in 1643 and having the tower built in Gothic style, unique for Maramures architecture, next one is the early 1766’s Church of Surdesti, the tallest oldest wooden structure in Europe. This is a good opportunity to learn about the Greek Catholics. After this two visits you will drive south and have a stop in a traditional 20th century village where you will have the chance to taste home-made smoked bacon and cheese and see how to smoked bacon is made. Besides the tasting, you will have a home-made lunch served here.
Before stopping at the airport for your returning flight take a walking tour in Cluj Napoca, the capital of Transylvania in the 18th and 19th century, today an important university center. The walking tour with the main landmarks such as the Hellmer & Felner Opera House, the Gothic St. Michael’s Church, the City Hall and the birth house of Mathias Corvin. After the walking tour your Discover Maramures tour will finish with your flight to Henri Coanda International Airport at 7:40 in the evening.
***Optional: Two day Black Sea & Danube Delta Extension with Danube Delta Private Cruise accompanied by certified skipper (requires two extra days)
***Optional: You can choose a Bucharest City Tour (requires one extra day)
NOTE: The tour is further customizable.

After the breakfast, we will start the visit of the capital city of Romania. The day starts with a visit to the Village Museum, one of the most impressive open-air museums in Europe with century old original peasant households from all parts of Romania.
After, we will visit the world’s largest, heaviest and most expensive administrative building, the Palace of Parliament. Between the two communist landmarks, we will have a panoramic tour of the city with Victory Square and Avenue, Royal Palace and Revolution Square and a short stop and visit of the Romanian Athenaeum. Next, we will attend a visit to the former residence of Ceausescu family, the last communist leader of the Socialist Republic of Romania. In contradistinction with the Ceausescu former residence we will have an incursion back in time, in the communist time, where you will have the opportunity to experience life in the 80’s with the help of authentic decor and furniture, working appliances and household accessories, local drinks and homemade snacks and historical and archive footage.
Before arriving in the old city center we will stop in the Cotroceni Neighborhood where we will visit the Presidential Palace and a typical 1930s Bucharest Residence.
In the late afternoon, we will reach Bucharest’s Old Town, with the ruins of the Old Princely Court, known as Dracula’s residence, where the legend says that Vlad the Impaler was keeping his prisoners. We will take a sightseeing tour of this part of the city, filled with lively cafes and street food to see why the nickname of Bucharest is “The Little Paris”. The rest of the evening is on your own.

Begin your extension tour of the Black Sea and Danube Delta with an early morning departure to the Black Sea Coast, to Constanta – the largest seaport on the Black Sea, established in the 4th century BC as a Greek colony. The drive from Bucharest will take approximately three hours, crossing the Danube into the region of Dobrogea and driving along the famous Danube-Black Sea Canal. The city tour of Constanta will take you to the Secession style Casino and the Genoese Lighthouse. In the National Museum of Archaeology, we will see the fabulous Glykon Serpent and the wonderfully restored Roman Mosaic – one of the largest in this part of Europe. In the afternoon drive to Mamaia – Romania’s largest sea resort, established by King Carol I of Romania in the second half of the 19th century and then continue north to the ruins of the ancient town of Histria. In the early evening we will arrive to Tulcea located right at the entrance in the Danube Delta. Hotel check in. Dinner on your own.
2

After the early breakfast, you will explore, in your private boat the youngest territory in the world, the Danube Delta started to form just 10,000 years ago and is still in the process of formation. On your exclusively cruise you will have the chance to admire the Danube scenic beauty and wildlife – it is known as the birdwatchers paradise, so simply relax while browsing through the narrow channels. A fauna specialist tour guide and skipper, who knows all the channels, will lead your tour. A great opportunity for you to watch birds and to admire nature. The Delta cuisine is certain to provide an interesting lunch experience, the lunch will be served on the ship.
After the tour we will drive back to Henri Coanda International Airport for your afternoon return flight.

It was a private tour with our guide, Dan and the tour experience in Maramures was great! Dan is knowledgeable & he certainly knows his way around. He is very accommodating, drives safely & has a sense of humour. An enjoyable trip with a great guide!

The tour explored different villages in the Maramures region. What you are able to see there depends on the season; (when I went there was not much farming activity) but we were able to visit the Merry Cemetery, a number of wooden churches, craftspeople, a local festival, a wedding party, scenic areas and local households. We happened to visit on a Sunday so were lucky to see some religious services and meet people dressed in their beautiful traditional clothes.
Dan was also invaluable at introducing us to some talented craftspeople in the area. With his accompaniment, we received a warm welcome everywhere we went. People were so inviting, generously showing us around their homes, sharing food and drink and even letting us try on their handmade traditional clothes. These experiences, and the great photographs I was able to take, were made possible by Dan’s rapport with the local people.

We had a remarkable time in Maramures. Dan is an easygoing and charming guide who gave us a deep insight into Romanian culture in just few days. He has big knowledge and is happy to share it with you. We will definately come back to book one of his other tours to get to know romania better. highly recommended!

Whether you want to find out about
Custom
Bucharest 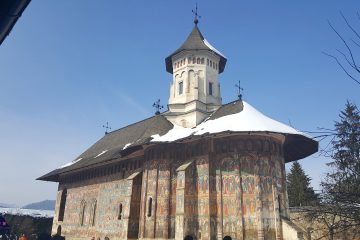 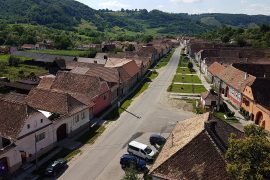 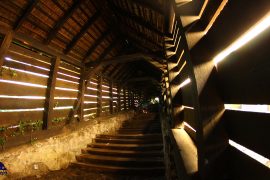